I don’t have that much to say about Day 3 because we took the morning really slowly and chilled for most of it. Then the Bulawayo family decided to take us out for lunch to a place called Hillside Dam. Those of you that know about it must know that there’s a little co-op of families that have decided to collaborate and make it into a really nice and safe place for families to hang out. So it’s a beautiful little set up – unfortunately I was so focused on ‘kid watching’ that I forgot about taking pics. #facepalm

Before we left for the lunch, my kids got to enjoy watching my uncle wash his dogs. They thought it was hilarious. The Jack Russel dried herself on her own towel – clever mutt. Plus Iraina got to have her hair done by my cousin which I thought was really sweet (plus a complete bonus for me because I didn’t have to do it – love my kid, but doing hair has sometimes become a chore) 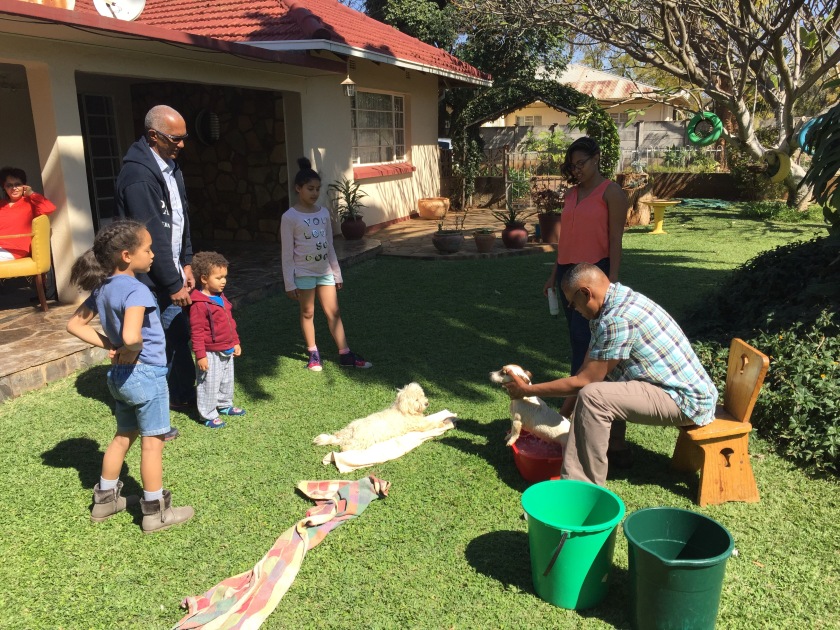 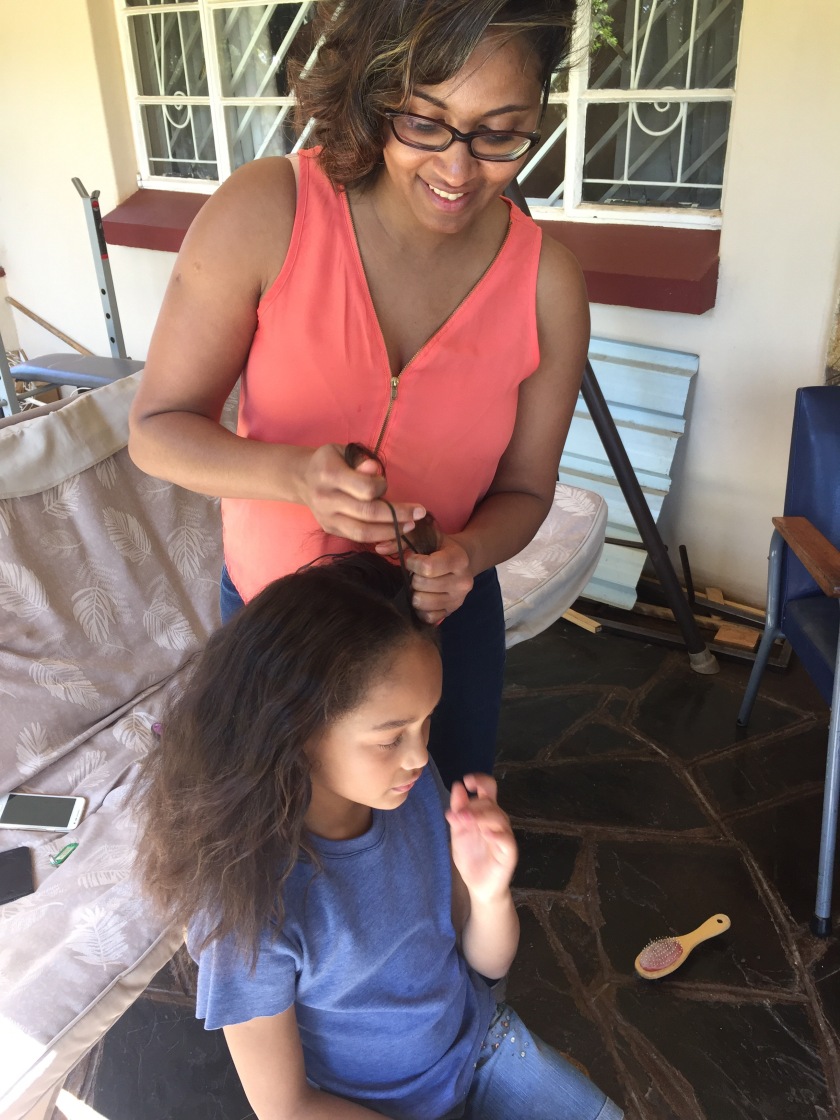 The Dam has a restaurant next to it and a quaint playground where Jude spent most of his time. There’s nothing like the old school steel jungle gyms with steering wheels and little “spaceship” features. My boy was in his element.

I must be honest that I wasn’t too crazy about the food, but different strokes for different folks-right? I should have gone with a steak instead of a prego pasta. The meat was amazing, don’t get me wrong – zim beef just tastes like 5 star meat, but the other stuff could use come work. I must admit that I was thoroughly amused by the little Spar Letta – Cream Soda that arrived. They really do things differently in Zim with certain things. 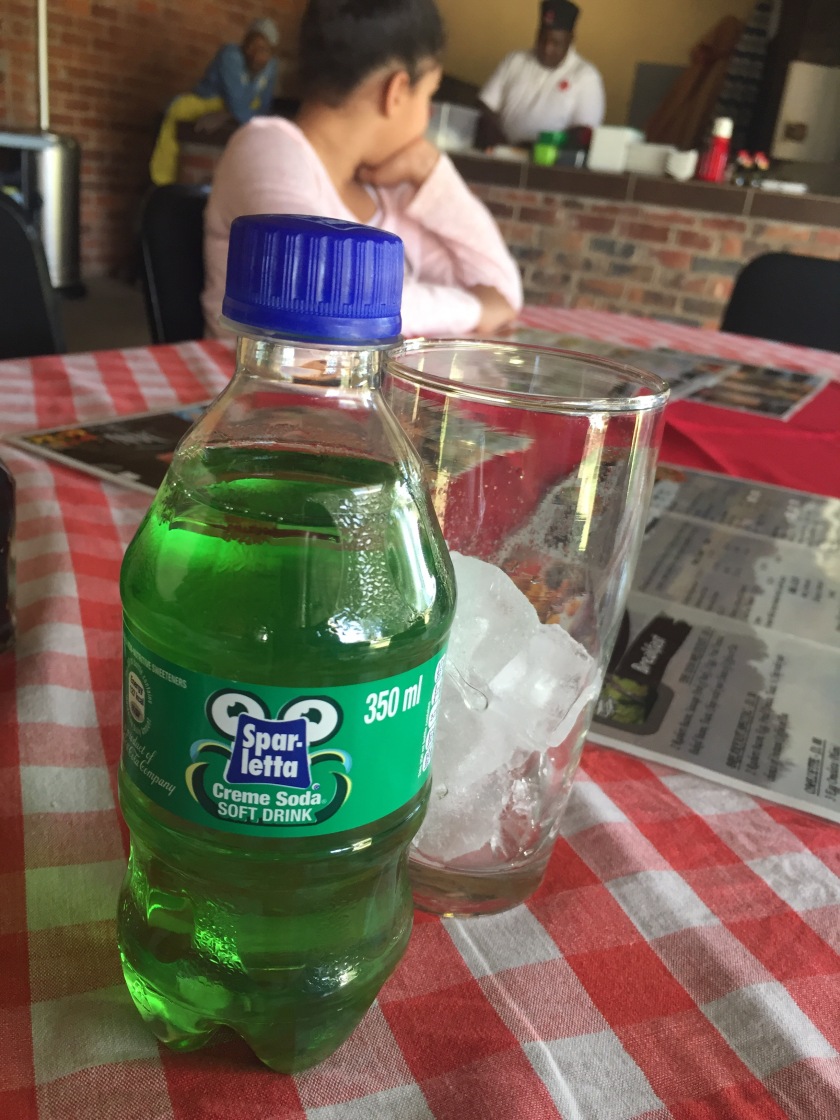 I got to have a few conversations with a few local folk about life in Zim and just what their thoughts were about various things. (This is part of the reason why I wear two different earrings – it’s a great conversation starter.)

After being in Zim for just a few days, it’s become really eye opening to know just how hard it is here. The injustice is scary and the amount of money that is floating around (or should I say, not floating around). I say this, because I found out that the banks have put a limit on the amount of money you’re able to withdraw in one transaction per day. I’m going to give you an example of what it’s like.

Say I want to travel to Botswana (or any country close by) I would naturally want to have cash on hand to make sure I can buy a few things on the road. This in mind because its better for me to use my cash rather than my card due to the massive fees that are deducted per transaction. With the knowledge that a few weeks ago I have deposited an amount of a few thousand US dollars, into my account. I know that my account is full but when I come to withdraw money for my trip. I type in my amount and the machine spits out 300 and says there’s a limit on my account due to a law that has been passed by the reserve bank.

Wild right? And this is happening.

I asked the question, why? And the reason is because there is obviously copious amounts of debt that Zimbabwe is in and also there isn’t enough “paper” money in the bank to allow people to draw the money that they already own.

I was and still am completely mind blown by this situation.

But, let’s get back to what’s awesome about this place. So after our Dam adventure we went back to the place we were staying at and just rested for the rest of the day and evening.

It’s been a really huge highlight to have my children playing so much outside, since back in Cape Town it’s been rainy (which is wonderful) and really cold. So the sun has been GREAT and also the freedom to play with as much water as we’d like! Coming from a drought, my kids have been playing and bathing in as much water as they’d like. I have indulged in the petty pleasure of a proper bath and not just a spattering shower. 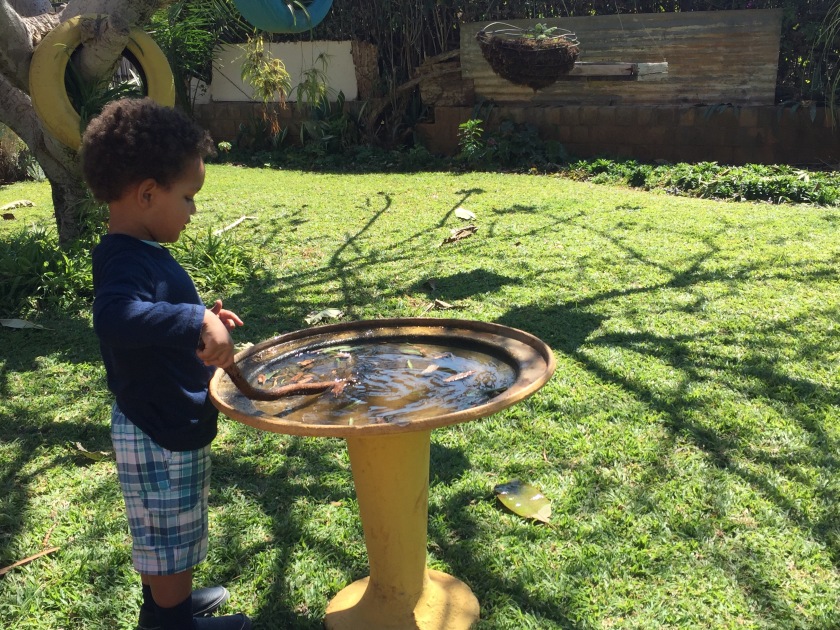 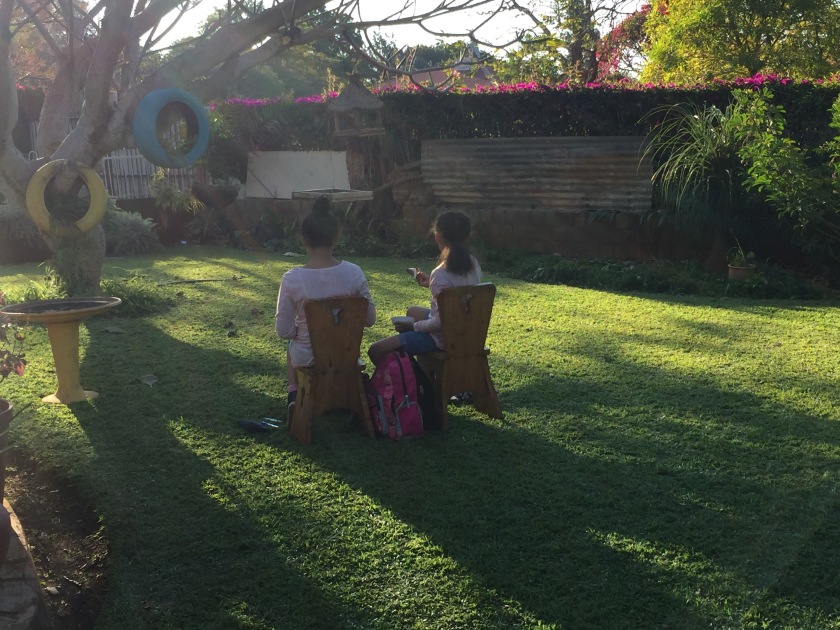 Anyway, at the end of the day, my girls went to stay with my parents and their great grandparents and Tim and I went to bed early again to be as fresh as we could be for the drive through to lovely Gweru the next day. For the nights that have led up to today our son hasn’t been going to bed as easily as we would have liked. But then again he wasn’t a hero about it at home – so I think I was reaching quite far to expect him to do anything different.

Another note is that it’s crazy hard to be without “access” to the internet like we’re used to. My poor hubby was semi stressing because he had a few things to sort out over the inter-web that he would normally be able to just pop out in a few minutes at home in Cape Town. Since my aunt and uncle were on their way out of the country they hadn’t topped up their internet and getting a sim card isn’t as easy as you think it is. So, no Netflix, no twitter, no facebook, no blogging, no instagram and no emails or work receiving and sending. It was like being on a retreat for an addict. I realized that I’m a lot more addicted than I thought I was. I welcome the detox but at the same time I’m pushing through to document our trip. So I’m sitting in front of Microsoft word and typing my heart out before I copy over into my internet world of blogging and where you get to enjoy the ramblings of a blabby wife and mommy. 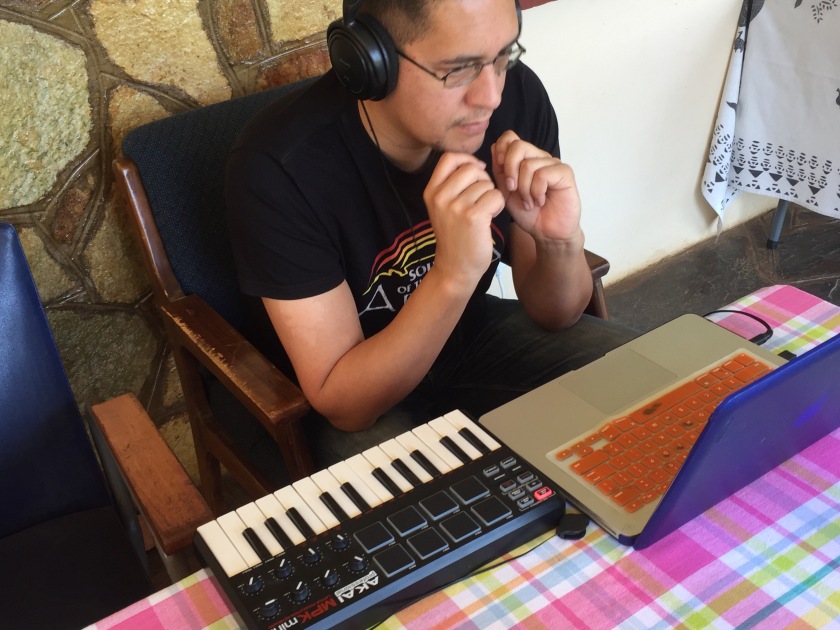 Day 3 is mainly how Sundays should be and I think my post kind of reflects that. Day 4 should be better with our journey into Gweru – yippee!