If you’ve been following me on Facebook, Instagram or twitter over the last few days, you would have seen that I had to stay with my son in the hospital after we found out what was actually wrong with him. It wasn’t fun leading up to the whole incident and then to discover the reason for his tummy problems. As a parent, all you want to do is make your kid better when they’re sick and when you can’t it’s the most helpless feeling in the world. I really hate that feeling and yet it’s actually a good thing when it comes to my relationship with my Maker – right? anyway, here’s how the weekend unfolded – briefly.

Last Thursday I was over my head in that I didn’t know what was going on with my son and so after much debate with my hubby – I eventually took him back to the paediatrician. He then sent us off to get X-rays done and low and behold my poor son’s stomach, small intestine and large intestine was completely backed up with poop. The poor kid hadn’t poo’d ‘properly’ in days. Immediately we were signed up and checked into the hospital and that was to be our home for three days. (I didn’t realise it was going to take that long – so note to self, ask next time so that I can pack accordingly for myself) 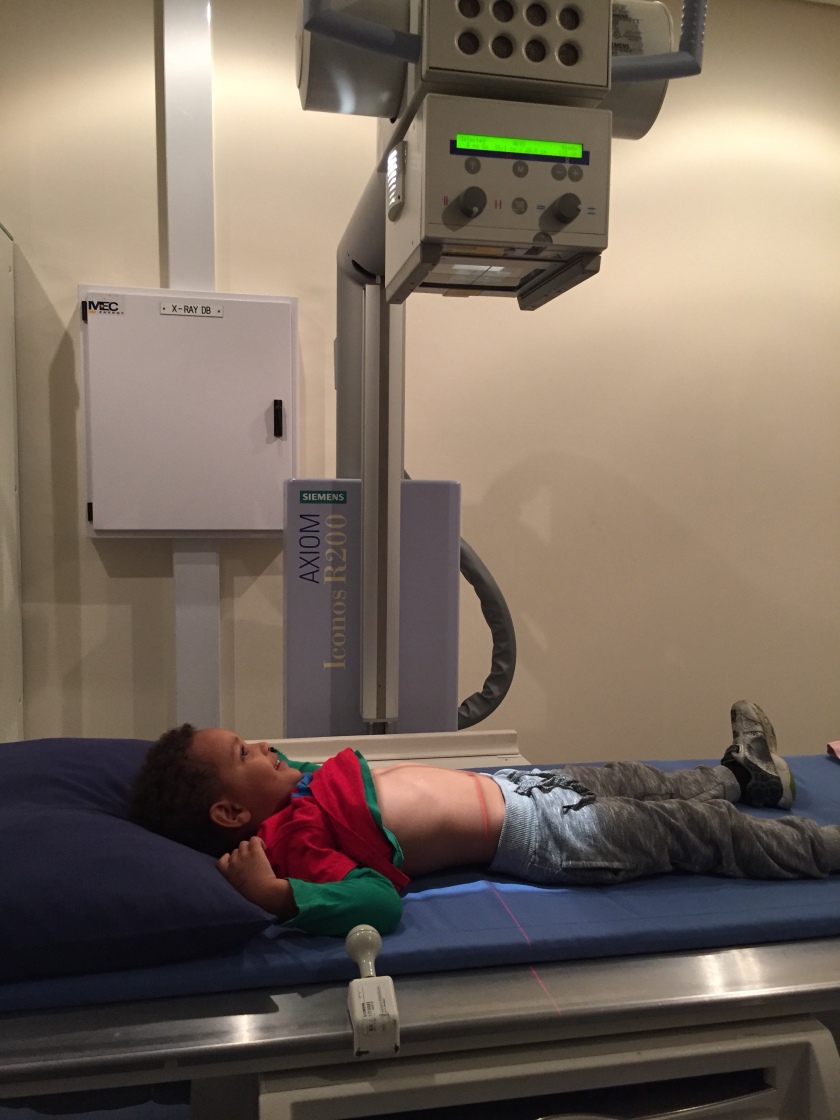 My son then had to have a tube inserted through his nose and down into his stomach to then have 7 litres of fluid flushed through his system to clean it all out. I have never done so many toilet visits over just two days – in my life. so we get our first visit from the doc – since we’d checked in and i finally remember to ask the fundamental question. “what caused this back up?”

I’d asked it before but when I was asking I had my 8 year old nagging about when we would be leaving and my 3 year old running out of the room – needless to say I wasn’t listening very well.

So, he (being the doctor on call and not my actual paediatrician) proceeds to ask a series of questions about our little lives.

There were some other questions after about diet and such, but this third one had me and it made me realise that my kid has had a massive reaction to our home environment and it’s sadly made him constipated. Ok, I know he isn’t the greatest eater when it comes to food in general so I’m definitely changing that.

After having a good think and chat to my hubby about the cause of Jude’s pooptastrophy – here are a few things we came up with that could be causing him stress in his own toddler way.

So in a nutshell – theses are the main area’s we felt we needed to work on as a family and see if it will help our little boy get back to his normal, happy self. Today is day two and I’m sitting here typing while he is fast asleep after adjusting his bed time. So happy that it’s worked for the first few days – here’s to hopefully a few more days this week where he gets to bed before 7:30pm.

Have you had stuff like this happen to your little people? What’s happened and how did you adjust? I could really use the tips and tricks to learn something new.

9 thoughts on “5 Things that stress my toddler out”